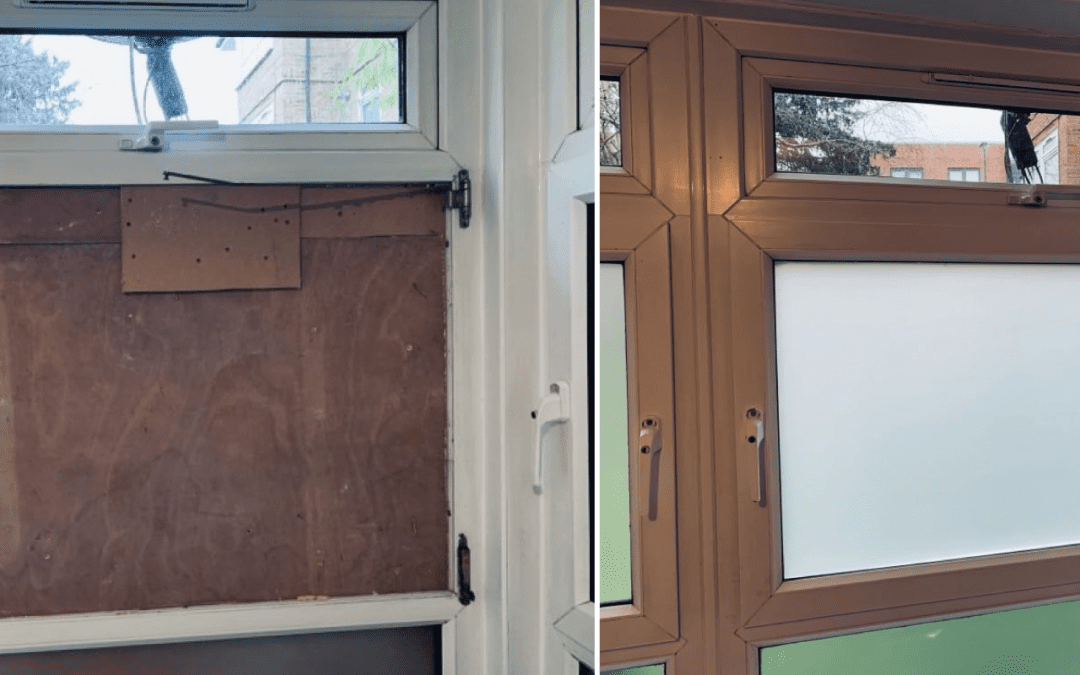 We received a phone call from a couple living in London N22. Unfortunately, their house had been broken into. The burglar had somehow forced the window causing it to come off it hedges and away from the frame.

The client explained that they had an emergency boarding company come out the same night to board up the window and make it safe.

During the call, we asked the couple if they would open one of the other windows in the house and take some pictures of the locks and hinges. By doing this it allowed us to see that the window was a ‘Tilt and Turn window’ and also understand which parts would be needed. Also and most importantly, we needed to see the name of the manufacturer of the mechanism that was needed.

The client was then given a fair costing over the phone which she agreed to. We arrive 3-days later, with the new parts for the broken Tilt and Turn window. Plus some additional locks for a little extra added security.

We then removed all the old parts from the existing Tilt and Turn window and replaced them with the new parts. We then fitted the opening window back to the frame realigned it and left it opening and closing perfectly.